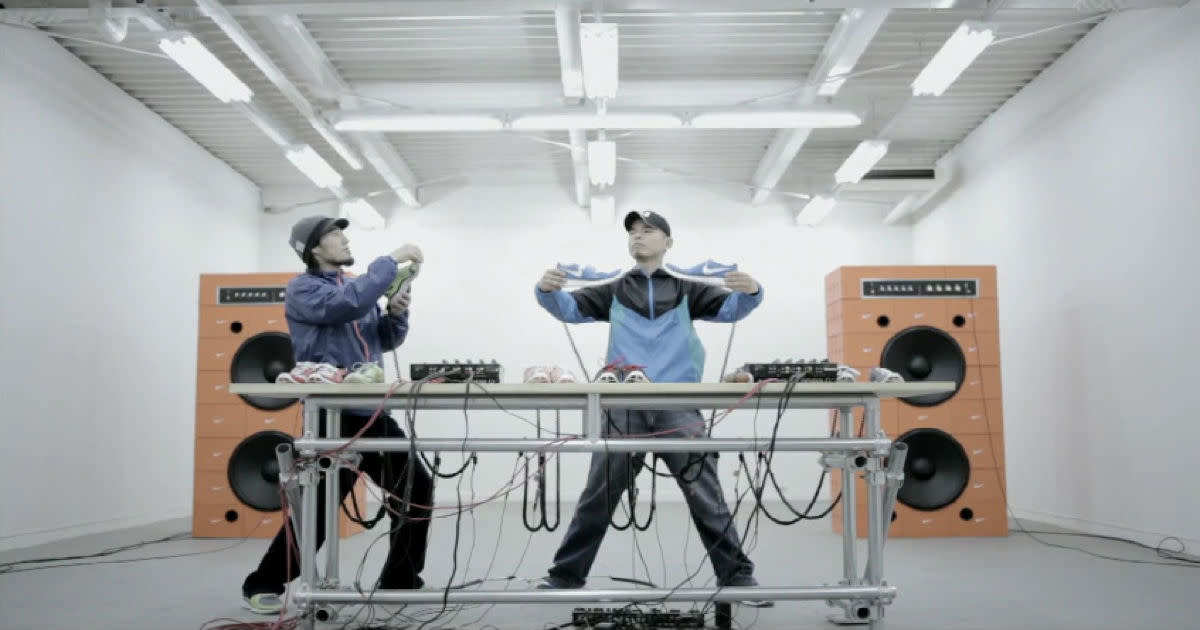 In conjunction with NIKE’s promotions of their new NIKE FREE RUN+ shoe, Rhizomatiks Design brought to life the idea of a shoe that doubles as an instrument. The shoe prototype was developed by Tomoaki Yanagisawa, and Daito Manabe handled software development and sound design. The musical shoe itself was performed by the breakbeat unit HIFANA.
The shoes were each programmed with a distinct sound. Curvature sensors and acceleration sensors built into the soles allowed the performer to twist and bend the shoe, playing it like a sampler. The curvature sensor was a thin, cylindrical film that transmitted constant resistance measurements to a computer via a jack, and this signal was in turn processed into sound in the computer’s software. The system was praised as an ingenious example of “high level craftsmanship.”
Credit
企画：Wieden + Kennendy Tokyo
制作：Rhizomatiks
MUSIC：HIFANA
Other Work
Perfume Music Player
Nike Zoom City Arena
Intel® The Museum of Me
JINS MEME